BBH Labs have what most agencies don’t….a good blog. Why? They usually say what they actually think. It’s refreshing.

Their post today covers research which looks at how successful different length formats are at shifting brand metrics upwards.

It’s worth reading in full, but the tl;dr version is that the research shows short formats (15 sec and even 6 sec video or TV ads) are just as good as longer formats (30 sec ads)………..ahhhhh, but it’s not that simple. If you actually make good 30 sec ads, rather than mediocre ones, you’ll do better.

I like it when BBH Labs point it out something obvious, a point that some others have looked past.  I like to think they are rolling their eyes while they do so.

This quote from Keith Weed, in their blog post, made me smile:

It’s true. I’m an ex-media planner. Optimising media is a must….but it’s all a bit useless, without great creative.

There was a great thread on Twitter which lots of marketing planners and strategists got involved in (I came late to the party and saw all my recommendations had already been given).

Definitely have a good look at this list and read as much of it as you can.

…then decide whether you agree with the advice. Don’t just follow blindly.

It’s nearly a year since I posted. Bad Ally.

To be fair, it’s been a busy year. My work at Brass has been very busy…and the same at Dowsing & Reynolds.

Add to that, I was pregnant and had a baby…so, I think I can be forgiven.

I haven’t stopped filling my mind though and even though I’m currently on official maternity leave, I absolutely still have my head in marketing. I don’t switch off easily.

Read this short and sweet (check out the Chewitts ad for a trip down memory lane) post by Lucian Trestler (BBH): Having nothing to say is a blessing

“ADVERTISING IS VERY SIMPLE. It’s also very hard. That is why it is becoming a pseudo-science where people hide in complexity.”

Six seconds. Goes by quickly…but a lot can happen in that short amount of time. 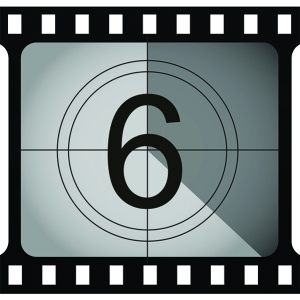 This article on AdWeek by Chris Heine has done the rounds in the agency and debate has been interesting. The title is…

At first, I had to check the date of the article…are we in 2015? The last time there was a discussion over six-second clips was when Vine bounded onto the scene. Twitter’s ill-fated short clip video platform (which died in 2016) was built to help people capture casual moments in their lives and share them with friends. It wasn’t about six-second ads…but it demonstrated that six seconds is a creative challenge…one that can inspire. ‘Vine Creators’ who became adept at creating fantastic short video clips (check out this one of Big Ben) and we saw a whole host of pretty amazing short clip videos being created.

Vine didn’t last, but maybe the six-second format will?

AdWeek say that Google, Fox and a whole host of advertisers are now wanting to take sex-second videos and use them for advertising.

But, is it really a viable ad format? Or are we falling into a trap of thinking all content has to be “snackable content” for the ADHD-styled Millennial generation? Those time-poor young people only deign to give a piece of content a few seconds before moving on, right?

The opposite argument would say that a fantastic piece of creative would hold your attention…it would grab you and hold you in it’s embrace. If it was good enough, you’d watch 15 seconds, 30 seconds….minutes. Whilst I think this can be true, the real world is a noisy place full of content clutter. It’s not just the youngsters that have a short attention span, most of us do these days.

I think there’s a fair few creatives laughing and saying you can never get across what you need to in just six small seconds…but I think that is missing the point. I don’t think you need get across everything in just this one ad format, it’s how you use it to boost the rest of your content that I find really interesting….

“…if we are trying to reach someone for the first time, the shorter the better. If we are retargeting, we can play a 15 or a 30. Part of the theory there is that if somebody hasn’t heard of you, they are not going to give you the time of day.” — Jake Malanoski (Customer Acquisition Director for meals service Green Chef) on AdWeek

That makes total sense to me. It’s all about working out where in the journey you place this kind of ad. What is the experience you’re trying to give your potential consumer? What frequency is right for your ads/target audience…and can one or two six-second ads play a role at the start in grabbing attention, generating recall and making them more likely to watch a longer piece of content later?

“while bumpers ads are short on time, they’re long on impact. We tested over 300 bumper campaigns this year and found that 9 out of 10 drove a significant lift in ad recall.” — Google

(‘significant’ is defined as an average bump of 9%, according to an in-house meta-analysis performed last year by Google…and, as always, treat non-independent studies with the usual pinch of salt)

As with all ‘new’ (or recycled) ideas and formats, I’m sure the six-second ad will continue to be talked about as the new Holy Grail (Gartner’s Hype Cycle – Peak of Inflated Expectations….right?). It’s not the be-all and end-all…but I do think it can have a place if planned well. 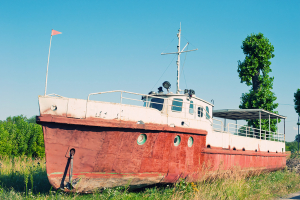 Blogging. I seem to have a love/hate relationship with it.

I go through phases of saying, with a fair amount of determination “I’m going to blog about marketing / digital regularly…really, I’m going to do it!”

Then I don’t. Life gets in the way.

It’s not just that life gets in the way though…that’s over simplifying the issue. I think it can be scary to air your opinions in such a noisy space. In the marketing and digital industries, we’re not short on people who have opinions and are happy to share them…at length.

I’ve always been a thinker. Often an overthinker, but we won’t get into my flaws at this stage. I don’t like to give opinions off the cuff, I’m a considered person who likes to weigh up opinions and data. This can mean that I’m not the best at writing a blog post about a timely debate in marketing. My perfectionism (hmmm….I said I wasn’t going to get into my flaws, didn’t I?) also means that I don’t like to give an opinion until I’m certain of it. If I’m going to do something, I try to do it to the best of my abilities.

The trouble with this, is some subjects in marketing are like the sea. There isn’t a right and a wrong necessarily. I love working in this industry, it’s challenging precisely because it changes fast. I’d get bored if there was a text book I could just pick up, learn from, then work like a machine to deliver the work.

So, those two parts of me fight. I’m good at what I do because I have a real passion for digital and for marketing. I keep my head down though, in terms of expressing too many opinions in public, due to my over thinking perfectionism.

In private, I love a good debate…I’m a fairly confident person who loves to challenge, to be challenged…to talk.

This is the start of me trying to do that a little more publically.

Often the best way to think through a topic or an idea is to write about it. A few people I know do this very well, so maybe I’ve been inspired by them. No maybe about it, I definitely have.

So, rather than just use this blog to post snippets of insight, stats etc……I’m going to write more. Not incredibly well thought out pieces…maybe even just rambles. Just thoughts.